My life is beginning to pick up in pace again, and I’ve been really trying to keep up. Going back and forth looking for jobs and such, I have had little time to work on the mod or post devblogs. It’s been hard to keep up with the community and my life now that I’ve been out of school for a year. What little freetime I do have left is usually spent playing games with friends, or other members of the DBC community. I love this mod, and I wish I could work on it full time, but for the foreseeable future my work on the mod is going to come grinding to a halt. Jin and I have barely talked recently, and I don’t know if his life has also become hectic but our communication is minimal these days, to the point that I don’t even know whats going to be in updates until they are released now. I realized that I’ve never really given you all a reason for why the devblog has such sporadic, unpredictable uploads these days, but I will try to get better with it as I try and bring some balance into my wacky life right now.

Click here to go to my twitch. The stream and tournament start at 3:00 PM EST (4:00 PM CT) Be sure to tell your friends, this has been a long time coming!

There may be more teams, but there haven’t confirmed they will have enough to participate!

It was a while ago but I did say I would make a tutorial. I am finally getting around to it and it looks like option C was most popular, but people more avidly defended Option B. But I decided: Why not make all of em? So that is what I am going to do. Check back here periodically to see what I have finished and such, may take a bit considering Jin has to approve my Pages on the website since I am not an administrator.

Hey everyone! Not a really long Funday Friday today but I have a quick question for you. I am setting myself up to make a full-blown tutorial for new players on DBC so they know what it is exactly they are doing. However, I would like to know how in depth I should go, and whether or not I should make tutorials for the other mods too (SAOC, Naruto C, Family C, etc.)

So let me know what you think is the best for new players to the mods.

A rather requested topic I never covered in full is: How will Mystic and Majin (the power up, not the race) be covered? 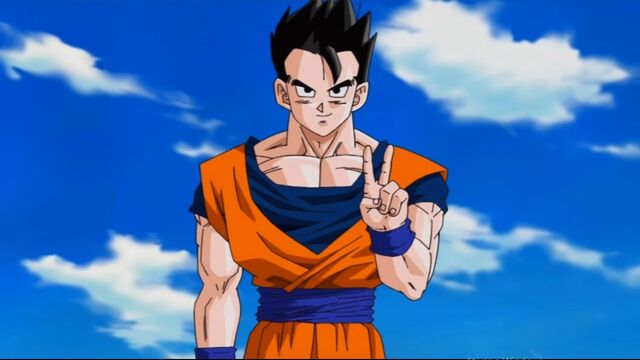 Mystic form, Ultimate form, or Old Kais Potential Unlock, is a state in which a person takes after having their Potential fully awoken by Elder Kai. Jin has stated to me in the past he wants Ultimate to not be a transformation, but rather a state of ‘being’ like a permanent power up. However, thanks to recent revelations in Dragon Ball Super, this might actually change. Now, if you want to watch Dragon Ball Super on your own and haven’t quite caught up to the part where Mystic is talked about again, then go ahead and just skip this post for a bit. That being said, let’s get into it:

Teachers & Requirements:
While I would love to have a world of the Kais, I am not sure Jin is really feeling that idea, and he may simply choose to ignore it all together and make King Kai the one who gives it. Now, onto my personal thoughts. Unlike other skills, I believe Mystic in particular should require a few things before it becomes available. First should be a certain level, configurable. Remember, levels are attained from overall stats. I think that having a certain level be required to get Mystic can help avoid the confusion of percentages.  As well, the player must of course, be 100% good.

Idea 1:
So my first idea based off the last system for Mystic, is for it to be a state, based off Jins original wishes. How this would work, is that it would allow one to achieve 200%, like how it was before the update made potential unleash go up to 100%. Mystic allows someone to essentially break this cap and go upwards of 200%. This allows it to be stacked with things like Super Saiyan, god form, etc, which some people won’t like, but it is just the first idea of how this goes of course. Oh, and a quick mention, the max without Potential Unleashed would only be 150%.

Idea 2:
The second idea for Mystic would be to have it be a stackable transformation, with a set percentage and appearance, but with the little to absolutely no ki drain to maintain. Maybe having other transformations on top of mystic will increase their ki drain cost, but other than that this is the simple secondary idea for it. This is based on how Gohan, in Super, attained Mystic again like a form, by going beyond Super Saiyan. Perhaps anyone can attain or lose it just as Gohan had? Majin, or Babidi’s Potential Unleashed, is a technique in which Babidi the wizard draws out the latent power of an individual and binds them to do his bidding. Unlike Mystic, Majin is rather unmentioned in the community, spoken of only in a few posts, and most of them are accompanied with Mystic still. Majin doesn’t even seem to function that differently from Mystic, being just another power up, but I for one want to change that, and make it be something really cool and unique for the mod, if Jin is down for the extra work that would needed to be put in.

Teachers & Requirements:
Like Mystic, Majin would probably have a certain level set for it before you could learn it. However, I feel this should be lower than Mystic by default, seeing as Babidi was willing to hand it out to anyone foolish enough to seek power from him. It is never specifically stated how much of a boost Majin is, but it let Vegeta fight on par with Goku for the first time in a while, even showing superiority in several moments in the fight. Majin won’t be a free power up like Mystic however, as of course, Babidi wants to make you his personal slave! So here are my ideas on both  the power ups and how to overcome these restrictions.

Idea 1:
Unlike most transformations and power ups, Majin comes with a delightful bonus of an angry gremlin like wizard who wants to completely seize control of your mind and body. Now, this first idea would be hard for Jin, as mainly it would rely on the willpower stat. If your willpower stat isn’t up to snuff, you can’t use the Majin power, because your character would know that using it would break your mind, and therefore won’t use it.

Idea 2:
Unlike the first idea, this will have Majin simply rely on leveling it up. Randomly you will freeze as Babidi tries to seize your mind. The higher you level the skill, the shorter these spasms will be until they stop all together. This means players who want Majin would have to save up some TP in order to reduce or eliminate the effects.

So, not a super long post, but hopefully one that can whet your appetite til I can think of more to say. I don’t want to go too much more into detail in case Jin has a new idea he wants to talk about.

So last month I posted about my dog requiring surgery. Safe to say he is doing better now (here is sleeping at 5 in the morning).

I hope to bring the devblog back to life but I honestly have no clue what to talk about! Rehashing ideas kind of bores me and I want to make sure it doesn’t end up boring you too. Tell me what you want to hear about. Anything!

Hey everyone, I am going to be streaming for an undetermined amount of time! Just showing off some development stuff and what have you! I’ll answer questions as best I can and generally just talk with everyone. I know it’s rather early in the morning, but I figure it’s best to start early.

Stream Cancelled because my dog got hurt ;-;

Just a side note before we begin, I got to spot longtime devblog fans by reusing last years April Fools post. I wanted to see how many people noticed it. Thanks guys 😛

Click here to view the original post
When Your Character On Either DBC, Naruto C Or Both(Heck. Maybe Even SAOC) Hits Level 100. Wouldn’t It Be Amazing If They Could Have Their Own Ability? First off, I would love to point out that someone said Level instead of BP, as Levels are cross platform, and don’t serve much of a purpose right now.

For Example:
-Cell Had His Absorbing Ability(?) Sadly, this won’t do. Absorbing seems to be a Majin/Bio-Android specific thing.
-Ginyu Could Switch Bodies(This Is WAAAAYY TOO OP THO) True.
-Goku Could Use Intant Transmission Instanst transmission is already designed to be a skill, but I see where you are going with this.

You Could Give Players The Option To Select Attributes To Add To The Skill. Like Make It Do Damage Or Heal, Maybe Give Some Of Your Characters Power To Them Temporarily.

Welp. I Hope This Idea Comes Through. Thanks!
-Curtis

So, that idea, in short, basically suggests we add something skills that are limited and only obtainable by level. Before I go further, yes, we are planning to add more skills to the game. Something like this though is iffy. Having a specific skill learnable by level is fine, but limiting it, saying you can only pick this OR that, would put a bad taste in some peoples mouths. What if someone wants to use instant transmission AND Body change as a combo. Anyway, I want to see what you guys think of this, let me know in the comments, I read all of them. Stay tuned for next weeks post!

Sorry guys, No one seems to read these anymore and I just don’t know what to post. Goodbye, thank you for everything. I love you guys.